A good friend of mine, Trace Silverskye has opened up hys own store on Marketplace called AnD ThrusT. Hy has been busy working on a variety of shirts for both men and women featuring some really awesome sayings and graphics. Trace is just starting out, but there will be a lot more to come. Oh, and by the way, take a look at the handsome male and female models for the vendor photos. Recognize them? 😉 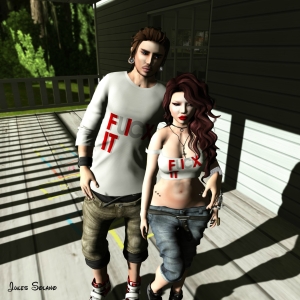 Check out her credits here.